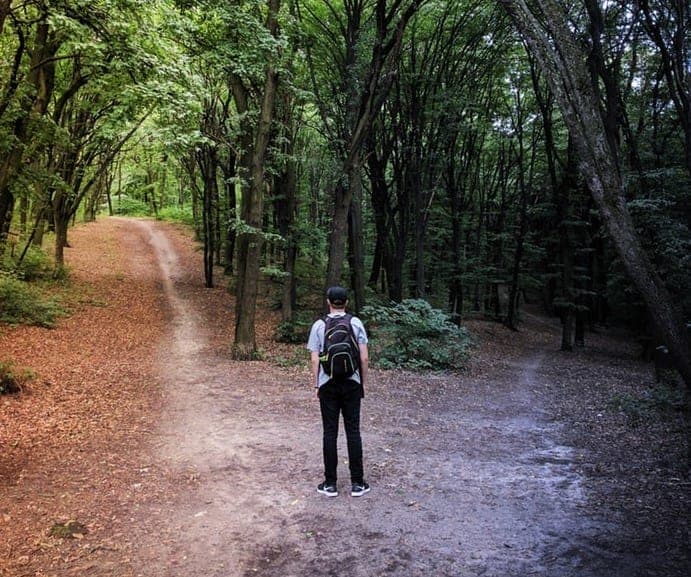 We tend to rather blithely categorize times of crisis simply as happenstance occurrences that reflect the frequently volatile and somewhat unpredictable nature of life.  Because we tend to conceptualize crisis in this manner, we readily place times of crisis in this convenient “us-versus-them” category so that our focus is on managing the crisis verses managing the contribution that we have made to it.

The Reality of Consequences

Is life of our own constructs or is there a greater construct that will experience upheaval and fracturing if we press it?  Are there a set of principles set into, under and all around this existence of ours that will not be tampered with?  Are there rigorous and immovable fundamentals to life that we’ve recklessly labeled as the sad rubrics pounded out on the pulpits of religious fanatics?  Are these ethics only held in place because of the sorry souls who can’t understand that taking license with ethics in order to seize some grand adventure justifies the taking?  Are these morals given legitimacy by those without sufficient vision to understand that the morality of today must be recast in order to seize the opportunities of tomorrow?  Or, is there a stalwart standard that is immovable because the basis of all existence rests squarely upon it?

The Consequence of Messing with Absolutes

And if so, what are the consequences of incessantly hammering all around the foundation of such a standard, or tediously scribbling endless essays to redefine it, or building massive ramparts to breech it, or attempting to ignore it altogether because it’s permanence leaves us with no other reasonable option?  What are the consequences?

When the consequences blow cold and turn things dark, we set out on this mad hunt for the perpetrator of whatever’s befallen us.  And how many times have we gone in search of some enemy only to find ourselves?  How many times is the finger pointing back at us with an anger and disgust magnified beyond our ability to endure because in the finger-pointing we’ve discovered that it’s “us-verses-us.”  To our own dismay and incessant denial, how many times are we standing at the bottom of this massive hole finding that the shovel is in our own hands and it’s caked with dirt?  How many times do we have a smoking gun in one hand, a fistful of ammunition in the other, and a couple of other guns sitting around just waiting to be used?  How many times is it “us-verses-us?”

This is not say that every crisis that slams itself into our lives and broadsides our souls is a product of our choices.  But many are.  Probably too many.

And so, when the torrents of some crisis rains into our lives, we might be wise to ask how much of this is our doing?  Have we contributed to whatever’s befallen us?  Did our decisions set the stage?  Has our attempts to recast our morality put the pieces in place that eventually blew us to pieces?  Has the steady accumulation of poor choices, misdirected actions, selfish reckonings, and wisdom recklessly redefined by whatever trend that’s deemed to be “politically correct” at any given moment done us in?  Have we searched for the enemy and in doing so we find ourselves at every turn?  Is it “us-verses-us.”

Again, not every crisis is of our doing.  Nonetheless, crisis is a time of re-evaluation.  It’s a time to sit back, place aside everything that we think we want and replace that with what we should want.  It is a time to recognize that we can play with morality, we can tinker with ethics, we can grant ourselves license to do whatever we want, we can entitle ourselves to being entitled, and we can align ourselves with whatever is ‘correct’ at whatever moment we happen to find ourselves in.  However, we might want to consider the depth of the hole that we’re in and how much the gun is smoking.  We might want to ask ourselves a whole lot of questions that we really don’t want to ask ourselves.  But those are often the best questions to ask, unless you enjoying living a life of “you-verses-you.”

If you dare to dig deep enough, you will find a side of yourself that will dramatically enhance all the sides of yourself.