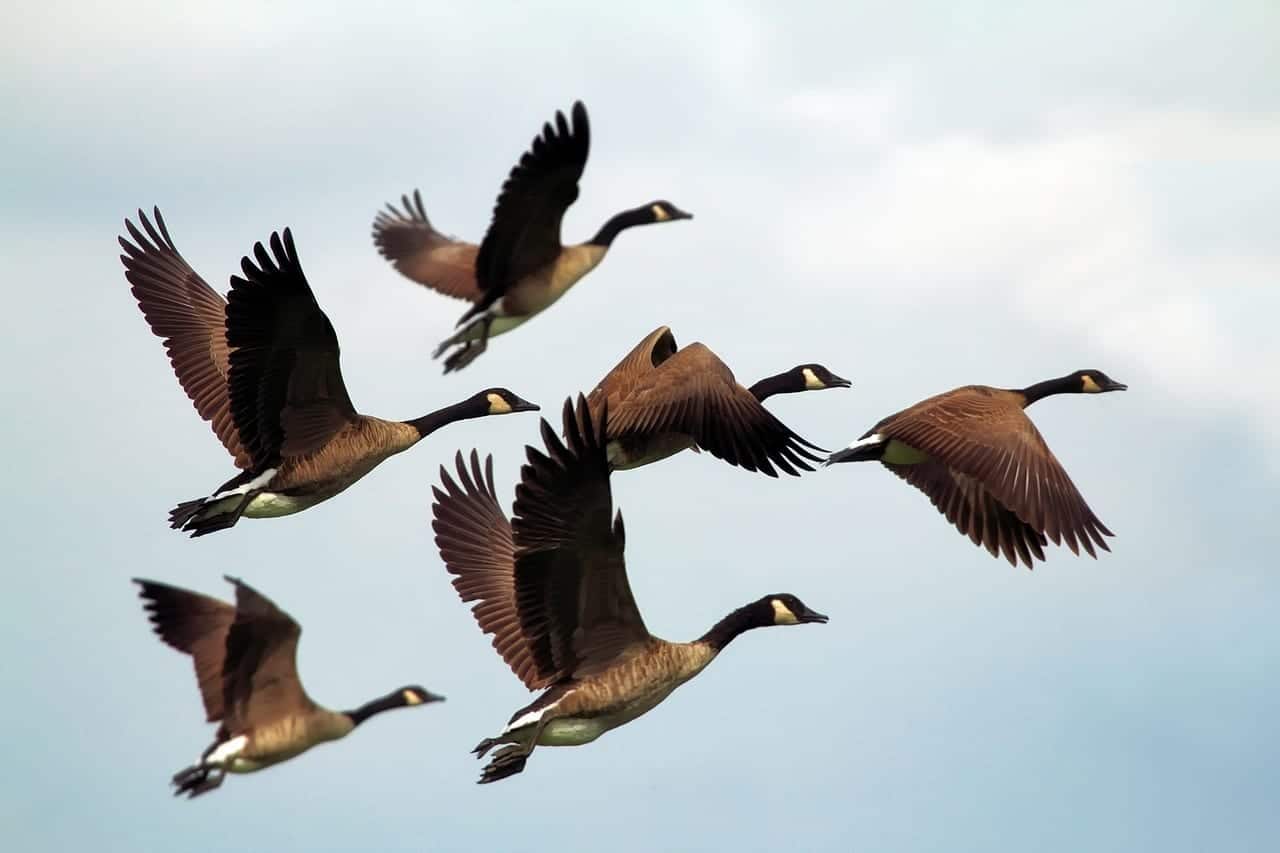 As a kid, I remember the geese.  Living along the Atlantic flyway, we had front row seats to nature on a grand quest.  Nature’s dazzling palette had liberally painted the forests in burning reds, sizzling oranges and electric yellows as if nature had unleashed the whole of its artistic abilities in some massive brushstroke.  Cascading off every horizon, the landscape was swept up in a tidal wave of color that danced when Fall’s cooling breezes invited the forest out on the dance floor of a world changing.  And high above the glory of it all, the geese were the crowning touch.

Endless legions of geese would rise at Autumn’s call and in a circular exodus they would head south to warmer skies, only to return with the same grandeur when Spring would rouse the world from Winter’s slumber.  Thousands of them would course the sky in trailing strands of listless black threads, their haunting calls trailing behind them through the deep forests and yawning fields of Fall.

At some undefinable level I wanted to rise and join that momentous exodus of nature.  I wanted to seize the obsession of life on a spectacular journey and fly with them to wherever they were going.  I felt shackled to the sidelines of this most glorious transition, being the given the privilege to watch but not the honor to participate.  I always felt left out and left behind when something inside of me said that this should not be.

As I’ve grown, I’ve realized that we are not simply spectators to such magnificent displays of life afoot.  In fact, we were not designed to be sidelined spectators, nor is such a pathetic place anything even remotely close to our calling.  Rather, life calls us to this selfsame journey.  Life beckons us to take wing and rise to places wild and unknown.  It is we who have benched ourselves along the sidelines; fearful that such a journey is too vast and too demanding for the likes of us.  It is our passion for comfort and our preference for the familiar that has left us setting a lifetime outside of life on a brazen journey.

However, life is a journey for the taking.  It is a journey that is ours for the taking.  We were not meant to be spectators.  We were not meant to have our souls enraptured by the sight of it all, only to have a visionless humanity tell us that all the glory is nothing more than the mindless muse of whimsical people who have not accepted the pathetic place of their existence.  To the contrary, we were meant to rise to great destinations.  We were meant to join the journey, and if we do not we have left the whole of this massive exodus irreversibly diminished because of our absence.

Forever Thankful that We Can Fly

There are a million things and more that we can and should be thankful for, and the invitation to a grand journey is one of them.  Although the world is steeped in deep shadows of thick darkness that frequently cloaks our hearts and darkens our eyes to such magnificent journeys, they are there.  Life will never be so dark that the journey will cease or the invitation will die, for some things are simply too big for mankind to kill.  And so I am incredibly thankful that life is bigger than anything we can throw at it, and because it is, it incessantly courts our favor and asks us to fly.

I thank God that the sidelines are only a step to a journey to which Autumn, blazing colors, migrating geese, and a great God invite us to join.  And so, this Fall it is my wish that each of us would boldly depart the sidelines, incessantly seek out the journey, and then be fearless enough to embark upon it.  And I am forever thankful that we can do exactly that.