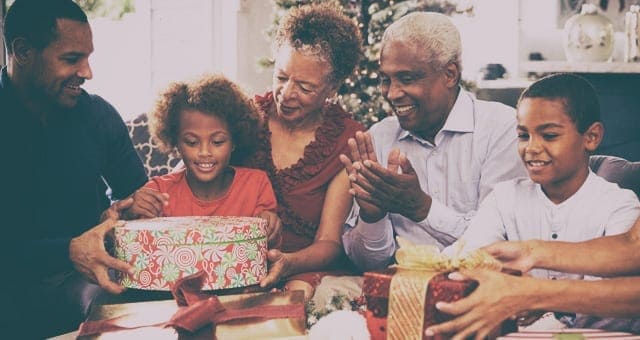 The holidays bring people together.  Parties, various celebrations, innumerable gatherings of various kinds all present us with opportunities to warmly engage people we rarely see throughout much of the year.  Indeed, it is a natural time of joining and rejoining.

Yet, in all of the merriment and festivities, old issues are given renewed space and fresh opportunity to emerge.  While we gather with others to corporately celebrate all of the wonder and meaning of the season, relational dynamics are given expanded and frequently unrestrained room to romp.  Suddenly we are facing relational issues that we were able to skirt or at least temper throughout much of the year.

Such times leave us wishing that we could immerse ourselves in the celebration of the season, while strategizing how we’re going to avoid certain conversations or likely altercations that are awaiting us at the next holiday dinner.  We’re wondering if that certain family member’s going to lose their composure after a few stiff drinks and say something damaging, of if a certain person’s going to bring up the same redundant issue they bring up every year, or if the age-old tension between several business associates is going to flare up when they cross paths at the company party.  Our enjoyment of the season is subsequently diminished or altogether destroyed by the relational issues that are given room to flourish during this time of year.

Often our difficulties with people are based on our expectations of them.  We come to relationships with a series of expectations that we deem to be appropriate, fair and balanced.  It is then our expectation that others will adhere to these expectations based on the fact that they are apparently right and appropriate.  Our anger or frustration is sparked when these individuals do not meet our prescribed expectations.

It may be much wiser and infinitely less stressful to base our expectations on the individual themselves.  Rather than hold them to a standard that they likely don’t hold themselves to, it is far more prudent to determine who the person is, what is the nature of their behaviors, and craft our expectations to relative to those realities.  While some would hold that this is a rather rigorous ‘dumbing-down’ of our expectations, it is in reality a realistic adjustment that better matches who the person is and the choices they are likely to make.  Therefore, when they exhibit the behaviors that we have now come to expect, we are met with less anger and frustration.  This does mean that we accept the behaviors, nor does it mean that we tolerate them.  It simply means that we are no longer surprised or put off by them.

Because someone engages in less than appropriate behaviors doesn’t mean that we need to.  Because someone crosses the line or becomes inappropriate or flippant doesn’t mean that we need to response in kind.  We don’t need to be baited or coerced into some messy and tangled altercation.  In reality, we have the power not to ‘go there.’  And we probably need to exercise that power a bit more.

Too often we engage in a battle because we’ve been put in front of a battle, or conversely, a battle’s been put in front of us.  There is an assumption that if a battle shows up we have some obligation to jump in it.  Then there’s this misguided sense that we’re already in the battle by virtue of the fact that it showed up in the first place.

The reality is that not every battle is ours to fight.  Nor is every battle worthy of fighting.  In fact, it would seem that most battles are not worthwhile.  This is not about cowardice, or avoidance, or running away in some panicked state of fear.  Rather it’s about wisdom.  It’s about understand the nature of a situation, what’s really transpiring in the situation, and is this a battle that will win the war or just prolong the war.  And so during the holidays, we can choose which battles we’ll fight and which we won’t.

And so, adjust your expectations and carefully choose your battles.  But most profoundly, center yourself on what the holiday is really all about.  There are those who will be inadvertently side-tracked by lesser agendas and selfish motives.  The art of living is to rise above lesser things so that we can truly enjoy great things.  And the message of Christmas is the greatest of all things.

We would be wise to remember that our voice carries long after the words haven’t.