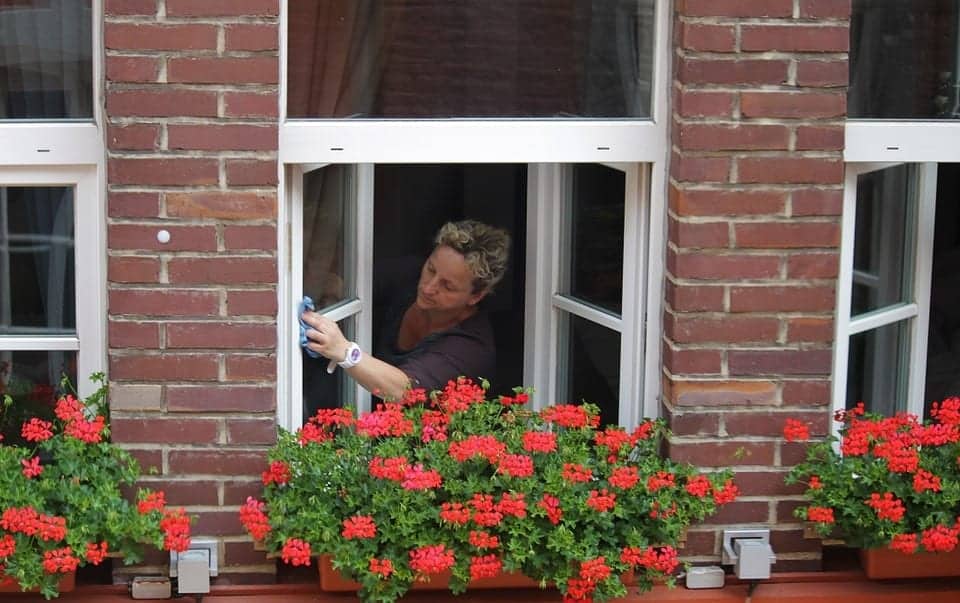 Cleaning; it’s the upkeep side of life.  It’s the irritating drudgery that’s always following us with broom in hand.  Cleaning is the voracious vacuum that’s never satisfied, the frantic feather duster that spews more dust than it captures, and the less than palatable reality that things don’t clean themselves.  The imagery is one of a collection of plastic buckets, dripping mops, obnoxiously scented cleaning supplies, deteriorating sponges of assorted colors, latex gloves and sweat.  Who has time to clean?  Much less, who wants to clean?

The definition of cleaning in the Encarta Dictionary reads “the activity of making things clean, usually in a domestic or commercial environment.”  Talk about flat.  Sadly, cleaning tends to carry a negative connotation to it.  It’s just one of those things that we tend to grimace about when we’ve got to do it, or even think about doing it.  It’s not on our top ten list of the most engaging things to do.  There’s an old African Proverb that says, “When making a fire people like to join you, when cleaning the ashes you are often alone.”  There are two sides to most of life; doing something and then cleaning up after we’ve done it.  Most of us like the first part of that, but not the second because that involves cleaning.

Cleaning seems oddly self-defeating as well.  We clean things knowing full well that we’re going to have to clean again.  It’s not like there’s anything of real permanence to what we’re doing.  Cleaning is not an effort that we can complete and feel some sustaining pride in what we’ve done because what we’ve done we’re going to have to do all over again in just the same way we just did it.  There is no conclusion to the process of cleaning.  We never come to a point where it’s done forever and ever.

Rather, cleaning is energy and time that we have to put into maintaining what we already have, which adds absolutely nothing to what we already have.  Cleaning in and of itself is an acknowledgement that nothing’s permanent and that everything requires maintenance.  The acquisition of something doesn’t insure the continuation of that thing.  Cleaning clearly lets us know that.  We can buy it, barter it, order it, build it, swap it, charge it, win it, and even steal it, but we’re going to have to clean it.  Such is the dusty and dirty reality of life.

Too often our lives are all about the acquisition of things, but not much about the maintenance of them.  In reference to ourselves personally, we have been bred with a fairly fierce mentality of acquisition, whether that’s the acquisition of education, licenses, certificates, knowledge, expertise, wisdom, maturity, spiritual depth or whatever it might be.  It might be about vigorously cultivating our gifts, talents, and natural abilities.  Such goals are certainly healthy, admirable and of great value.  But in the obtaining and cultivating, do we ever do any cleaning?  Do we ever even come close to realizing that things just don’t perpetuate themselves?  And if we don’t clean, can what we’ve amassed be diminished?

An unknown author wrote, “Law of Window Cleaning: It’s on the other side.”  We don’t do a whole lot of personal cleaning because we like to think “it’s on the other side.”  We are all about acquisition and growth, but not much about personal cleaning; about going through the various rooms, crawl spaces, nooks and crannies of our lives, getting on our knees and doing some serious spring cleaning regardless of what time of year it is.  That’s not our focus because it’s not our preference.  Cleaning is a distant sidebar to a much larger agenda.  It’s really not all that imperative.  Dust never killed anyone, and who knows, a little dirt might be good for the soul.  A few cobwebs aren’t going to rot anything, and a handful of dust bunnies aren’t going to do anything other than roll around a little.  Besides, if there’s really all that much dirt, it’s on the other side anyway.  So why clean?

Seeing dirt “on the other side” is really more about preferring to ignore the dirt in our lives.  Cleaning is about dirt.  If it weren’t for dirt, we wouldn’t clean.  Dirt is as much a reality of our lives as are the things that we amass.  Yet exactly what kind of dirt are we talking about?  What are our cobwebs really?  And those dust bunnies, what are they?

We all have dirt, and probably lots of it.  Some of our dirt is shameful and some of its outright embarrassing.  Maybe some of our dirt is immoral, unethical and possibly illegal.  Maybe our dirt is choice that we made to short-sheet an employer, short-circuit a relationship or short-change a friend.  It’s possible that our dirt is a layered collection of lies, distortions and rationalizations that we rigorously fabricated in order to dump our dirt on someone else.  Maybe our dirt has been carted along with us for years and years because we could never bring ourselves to deal with it.  Or it might be that our dirt is brand-spanking new; therefore we’ve either rushed in our panic to hide it, or we have no idea what to do with it so we walk around in it.  It’s possible that our dirt is a betrayal or an abandonment of someone or something.  Maybe it’s a blatant rejection, or a wound that we intentionally inflicted.  Our dirt can be a whole bunch of different things, but its dirt.

Accountability – Saying “Yes, I Have Dirt”

Who wants to admit that they’re dirty?  More than that, who wants to admit how dirty their dirt really is?  The hard truth is that some of our dirt is pathetic, putrid, rancid and raunchy.  We’ve covered in some pretty reeking and outright foul stuff.  Denying it doesn’t remove it, and in no way does denial sweeten it.  As my father was fond of saying, “you can’t put perfume on a pig.”  If we want to rid ourselves of it, we must admit to it . . . all of it.

Honesty – A Necessity for a Complete Cleaning

If we want a full cleaning, we can’t do that in isolation, although we’d like to.  Cleaning is a corporate activity.  If we want an iridescently deep cleaning we can only scrub out the deepest dirt with the scouring pad of a repentant attitude.  That means we confess our dirt to those we harmed.  We confess the wrongs, the behaviors, the choices, the attitudes, the selfishness, the intent to harm, the greed . . . we fess up and we confess it.  That’s the scouring pad.  Then we get on our hands and knees and we take the detergent of a repentant attitude and we clean.  When we do that we will live with lightness, a vigor and a freedom that we could not have imagined.  So, let’s clean!

Whenever I’ve ‘jumped ship,’ I rarely ever land in the water. Rather, I tend to land on another ship that’s in just about as much trouble as the one I just jumped off of.