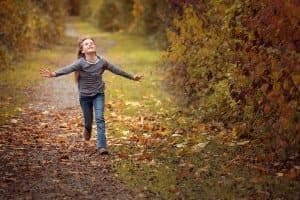 We all have a limp that relentlessly dogs our steps, causing us at times to be dog-tired as we work against our limp in order to keep our lives sufficiently erect.  For some of us, our limp is so slight and relatively minor that it’s really quite difficult to detect.  For others of us it’s blatantly obvious, causing us to lurch through life with unsteady and uncertain steps.  To whatever degree we limp, we all walk with a limp.

Shep – Running with a Limp

His name was Bob Shepherd.  My Dad called him “Shep” for short.  The name stuck with him throughout the length of their friendship, ultimately going to the grave with both of them.  Dad and Shep mutually shared an array of marvelous life experiences that made them the best of friends.

Shep’s limp was polio.  His left leg hung a full three inches shorter than his right leg, profoundly throwing his body from left to right with a heavy pendulum-like cadence that should have toppled him with each step.  But Shep mastered his limp in a manner that his cadence was a match for anyone who would walk the road of the life with him.  Indeed, Shep walked with a limp.  But as Shep found out, a limp need not be limiting.

Our limps carry an assumption.  And typically the assumption is that the limp will be limiting despite the limit of our efforts to make it otherwise.  Our goal is to limit how limiting we think our limp might be.  It’s all about minimizing the limp which casts the limp always and forever as a disability and a liability, thereby completely robbing it of possibility.

Getting Close to Normal

Or we set about the task of defining “normal,” and we determine that whatever “normal” is, we’re not normal.  Then we determine exactly how far our limp has put us from “normal.”  It becomes a grand crusade to get as close to “normal” as we can, rather than understanding that we can create an entirely “new normal” that can be far more impressive than the bland “normal” that we’re chasing.

For some of us we surrender to our limp, feeling that the nature of our limp is forever beyond our ability to offset in any manner despite our most aggressive efforts to do so.  We grieve whatever loss our limp has thrust into our lives, and we chart a defeated future that’s now mapped out by whatever our limp happens to be.

The Possibilities of the Limp

Is it possible that our limp is the very thing that allows us to run?  And without a limp, could we in reality run?  Have we been so entangled in assumptions, and so enslaved to some definition of normal, and have we embraced a defeated posture of surrender for so long that we’ve missed the potential inherent in the limp?  Is a limp the very thing that distinguishes us from others in a way that gives us a powerful platform from which to influence others?  Does a limp give us distinctive experiences that others will never have the privilege of experiencing?  Could it be that such a glimpse dramatically expands our view of life, while our limp profoundly extends our experience of life?  If so, then our limp could very well be the greatest gift and the most profound opportunity that will beset this life of ours.  Like Shep, we can run with a limp.

Our limp could potentially be one of the greatest assets that we will ever possess.  And so as we consider our limps, it is my hope that we see the tremendous possibilities in them and the privilege of having them.  Like Shep, may we master our limp in a manner that our cadence is a match for anyone who would walk the road of the life with us.  May we run with a limp in a way that we could never do so without one.