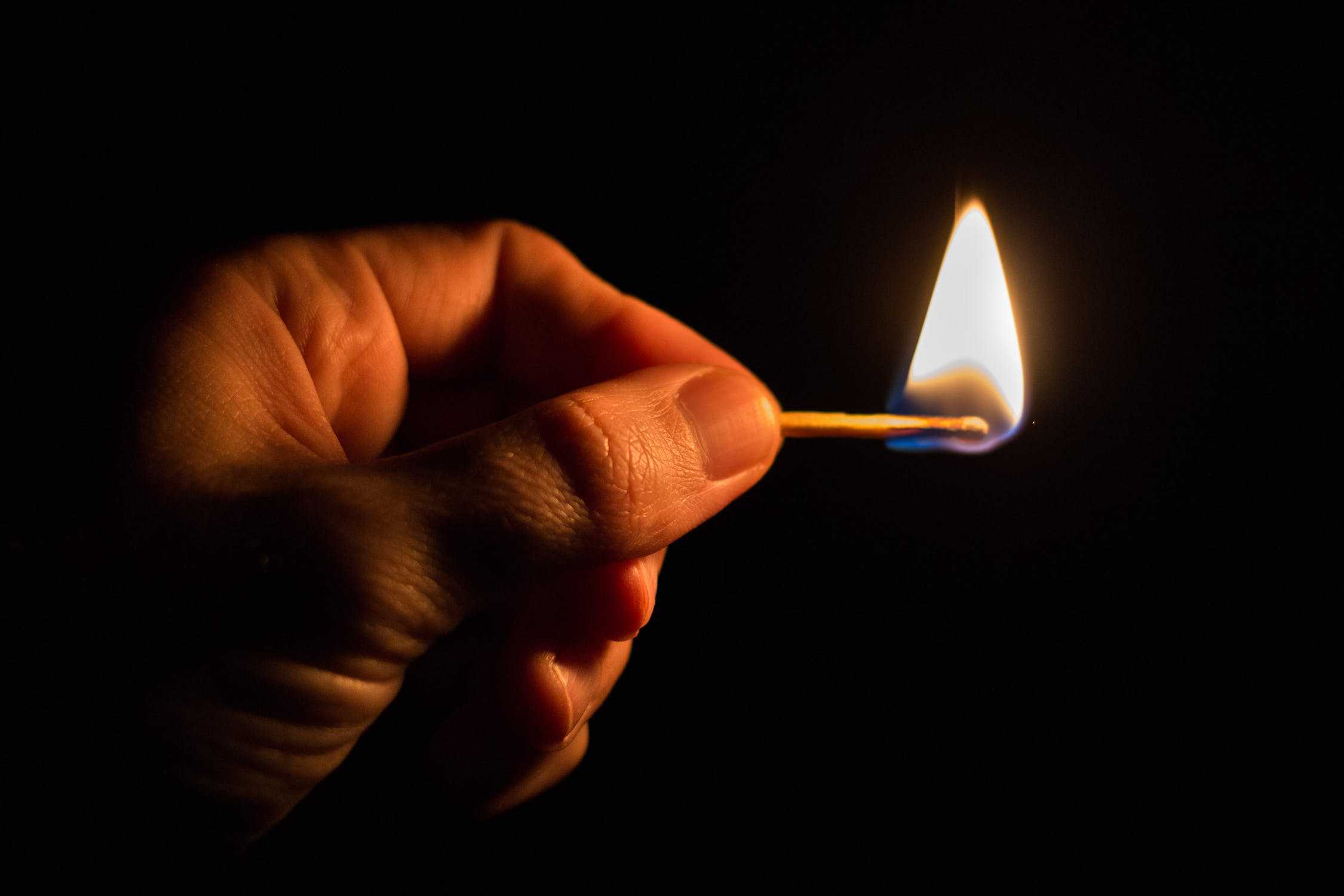 “Playing with fire” . . . I think that we’ve all heard that statement.  There’s a rather cunning, albeit misguided assumption in “playing with fire” that we can get away with something.  Really more than that, it’s an assumption that we can take a risk that’s potentially dangerous and either be shrew enough or quick enough to pull it off and actually get away with it.  There’s a heady boldness about “playing with fire” that’s probably less about boldness and a whole lot more about something much more shallow that we call arrogance.  However, we prefer to label these actions as boldness, or fortitude, or even bravery as there’s something chivalrous about that kind of language.  Sometimes we ratchet that language up a few notches higher and refer to our actions as a calling or a core conviction.   But the reality of many of our actions, as disappointing and revealing as it is, is that they’re often much more actions of arrogance; generic and plain-wrapped arrogance.

And so, out of this arrogance that we’ve astutely labeled in convincing terminology, we “play with fire.”  “Playing with fire” is not about the exercise of wisdom or the application of knowledge resulting in a well-conceived action.  It’s not about responsible thinking, although we might throw it out there as such.  Neither does it have anything to do with education, pedigree, social status or intelligence.  We’re just going to “play with fire” for the sole purpose of “playing with fire” because of the sport of it.  We do that because we think we’re that good, that we’re that shrewd, we’re that cunning and that we’re just “all that.”

The Morphing of Arrogance

If we’ve decided to “play with fire” in the first place, we’ve probably come to the conclusion that we can do it and not get burnt.  Somehow arrogance tends to grow on us the more that we invite it into our lives and intellectually converse with it. There’s a kind of nearly casual feed-back loop where our thinking gets reinforced simply by thinking, often without us even recognizing what’s happening in the process.  Arrogance begets more arrogance.  Soon the difficult reality of our proposed endeavor is slowly diminished as the sense that we can accomplish our mission concurrently increases.  With enough time, the reality of what we’re facing is deceivingly reduced to some pitifully forlorn-looking lawn troll that can easily be crushed underfoot, while our ability to effectively deal with it is exaggerated and aggrandized to inflated proportions.  When that happens, we’re on our way to being burnt.

Jack Handey said, “If you ever catch on fire, try to avoid seeing yourself in the mirror, because I bet that’s what really throws you into a panic.”  In “playing with fire” we will typically set ourselves on fire.  Maybe we’ll just get singed a bit.  Or it’s entirely possible that we could be seared, scorched or charred to a crisp.  To whatever degree it happens, in “playing with fire” we will get burned.  We would be foolish to ignore this red hot reality.

“Playing with fire” cajoles us into taking risks; sometimes great risks.  It causes us to question natural and healthy boundaries.  “Playing with fire” causes us to recalculate the lines in our lives and to ask ourselves if maybe we’ve chosen to live terribly restrictive lives that we don’t necessarily need to live.  Maybe we’ve cheated ourselves out of something.  Maybe we’ve held ourselves back from things that we’re deserving of.  Maybe we’ve swindled ourselves out of opportunities that look a bit erroneous and slightly criminal, but hold enough good in them that the bad is sufficiently offset to make the bad really not so bad after all.  Maybe we’re living nineteenth century values in a twenty-first century world and because we are the world is passing us by.  Maybe we’re ridiculously out of date and slovenly irrelevant.  Maybe we should be a little more self-centered and call it vision and see what it gets us because it seems to be getting a whole lot of people a whole lot of stuff.

It seems that “playing with fire” causes us to reassess the lines in our lives.  Because of the inherent attitude and nature of the mentality that surrounds the concept of “playing with fire” the reality is that it calls us to compromise; blatant and unapologetic compromise.  We too often see it as a reassessment of sorts; a healthy re-evaluation where we’re taking stock of ourselves and our world, and in doing so we’re re-positioning ourselves in order to maximize our successes.  “Playing with fire” is simply brazen stupidity under the guise of some other definition that makes it appear noble and daring.  It’s compromise in disguise.

Where It Leaves Us

“Playing with fire” typically leaves us burnt and living with the horrifically diminishing fact that we’ve compromised our standards.  We stand charred and shamed at the same time.  On the other side of the fire that we’ve now messed with, we’re often licking our wounds and living with the losses that were a part of whatever it is that we did.  We’re quick to realize that arrogance is something of a bulldozer that we let charge down the road of our lives with no one in the driver’s seat.  We realize that wisdom and discernment have nothing to do with “playing with fire” and everything to do with the management of it, which is entirely different.  We come to understand that discretion is the antithesis of impulsivity and the enemy of stupidity.  We come to see that fire burns in more ways than we realized.

If we’re bright enough we blow out the burning embers that litter our hearts, our minds and the pristine places of souls now singed.  If we’re mature enough we take accountability for our choices to “play with fire” in whatever way we’ve done that.  And if we’re genuinely bold enough, we commit to learn a lesson from the flames that we so arrogantly stepped into.

Are You “Playing With Fire?”

Finally, “playing with fire” typically has to do with us and our own self-gratification.  Messing with the fire has nothing to do with the betterment of others.  “Playing with fire” is all about us and our efforts to establish we’re something that we’re not.  Unless you want to find yourself having the experience of being roasted, you may want to rethink what you’re doing and why you’re doing it.  It may keep you out of the both fire and the frying pan.

The message of sacrifice is that the greatest fullness imaginable can only arise from the willingness to experience the greatest emptiness possible.