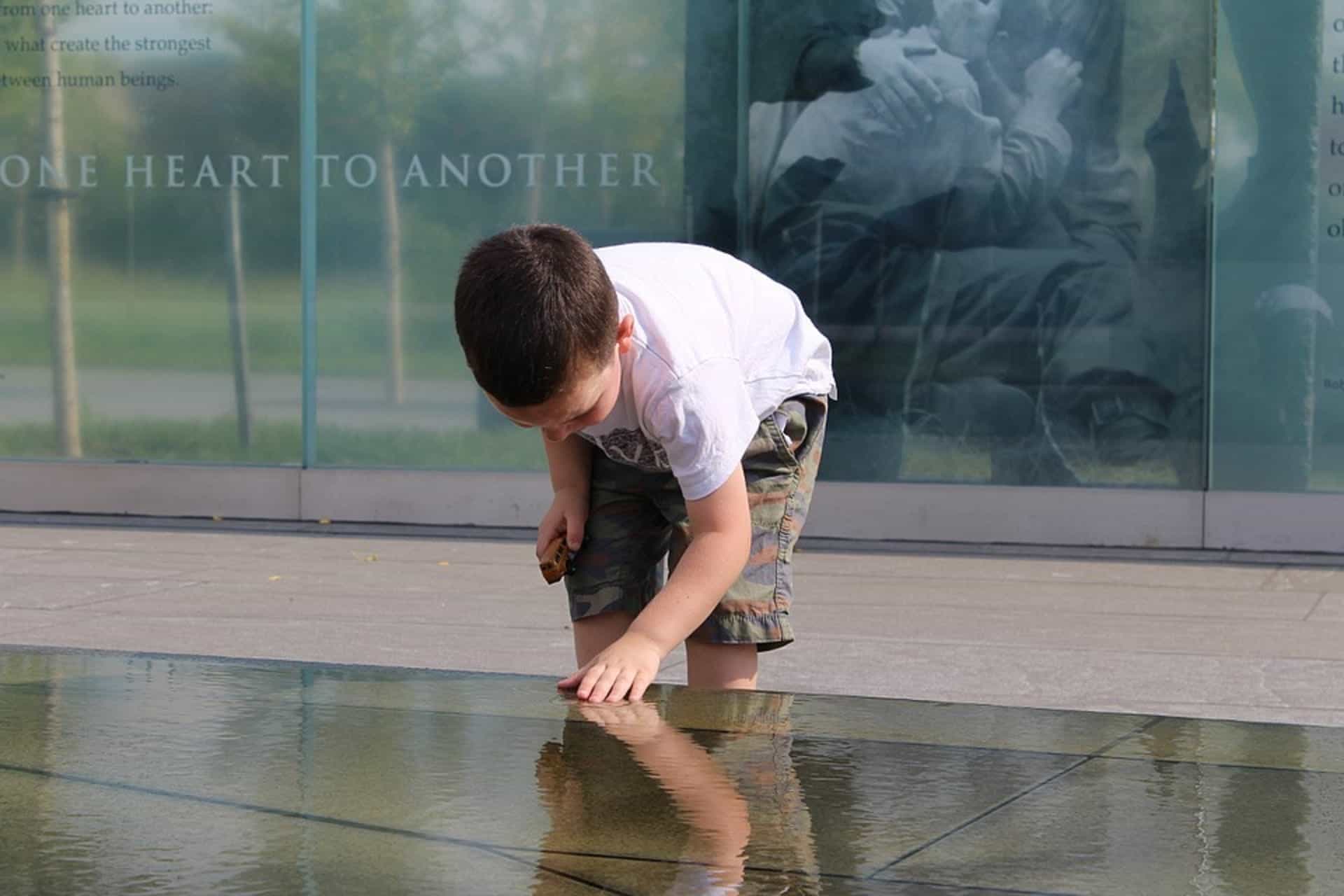 We’re building memorials every day.  Whether we realize it or not, or whether think about it or not we’re very much involved in the business of building memorials, and we’re doing it every single day.  The memorials that we’re building are the ones that will be about our lives.  Every choice, every decision, every action, every inaction, every interaction, every conclusion that we draw, every word that we speak, every dollar that we spend, and every commitment that we make or forsake has some small part in the building of a memorial that will speak to the life that we lived.  And that memorial that we’re building day in and day out is going to outlive us by decades or possibly centuries.  We most certainly build our memorials, and we’re doing that every single day.

Yet, we don’t tend to think about that.  We assume that our decisions and our actions will obviously have some sort of short-term or possibly long-term repercussion, but we assume that whatever that repercussion is, it will eventually be done or lost to time.  We tend to view things more as a progression where we make a choice or take an action that will result in something that will eventually make way for whatever the next thing is that’s coming.  But we don’t stop to consider that everything that we do has a bit of something timeless in it.  Everything that we do is slowly or sometimes not so slowly etching out a memorial to who we are and what we did.  In fact, we are in the process of constructing memorials that will speak to our lives all the time.

So it would seem that if we’re building our own memorials as we go along, we might want to be a little more judicious and a whole more thoughtful about what we’re doing.  If every action is a part of constructing some sort of memorial, we’d be quite wise to think through those actions.  Too often we’re foolishly naïve, or blatantly careless, or straight-up selfish in the daily things that we do.  We slog along, or run along, or trip along without much thought as to what we’re doing in the slogging and the running and the tripping.  Too often we’re simply ramming ourselves into things or out of things or both.  In far too many situations we’re compromising our morals, or spinning the truth, or abandoning our values because that stuff just gets in the way of the stuff that we really want.  Too often we’ve casting a blind eye to various injustices or rationalizing less than credible behaviors because no one’s really looking, and if they were who really cares anyway.  And every time we do that stuff, we adding yet another facet to the memorial of our lives.

It’s bad enough that we often don’t think through the consequences of our choices over the long-term.  It’s even worse that we don’t consider the implications regarding the image that we’re casting, or the picture that we’re painting, or the rendering that we’re sculpting that’s going to be around long beyond the long-term.  We’re just hacking away at things and not thinking a whole lot about what the hacking’s going to look like when we’re done hacking.  We’re about getting ahead because we got behind.  We’re about reinventing our images because the last reinvented image is sorely outdate.  We’re about climbing the proverbial ladder because if we don’t the next guy is going to, and we just can’t find any room in our ego-centric cerebral cortex’s to tolerate that.  In the process of achieving our goals, we’re going to perform a little “slight-of-hand” and do a couple of “hand-offs,” and in the process hand ourselves all the credit for what we perceived we accomplished.  And if what we’re doing doesn’t work out all that well, we’ll “hand-off” the blame to someone else.  And every time we do that stuff, we adding yet another facet to the memorial of our lives.

Maybe we should stop and think about it.  Maybe we should pull up, reassess what we’re doing and ask what kind of memorial we want to leave behind when we’re gone, because we are most certainly going to leave one.  Every action is something temporary that gets carved into something permanent.  Every decision is yet another etching in a larger sculpture that will forever remain etched in that sculpture.  Every time we act with impunity, or abandon our integrity, or chose that which is immoral because it’s easier, or decide to cast ethics to the wind, another brush stroke is added to the memorial that we will ultimately leave behind.  And when our days have passed and that memorial is completed, there will be no altering it.  It will stand forever as it is, with whatever errant, sloppy or thoughtless strokes and etchings we authored into it.  Every time we do stuff, we add yet another facet to the memorial of our lives.

Memorials Are What They Are

As we go along in life, sometimes we begin to realize that the memorials that we’re crafting aren’t turning out all that well.  We look at them and in the looking we’re not all that excited about having people see them, or having them be the things that memorialize our life’s journey once we’re gone.  Indeed, it may accurately reflect who we’ve been and what we’ve done, but it isn’t all that flattering and it’s certainly not very pretty.  And in looking at whatever this memorial is that we’ve been vigorously fashioning, we decide that this is not really how we want to be remembered.

Yet, despite the fact that the memorial that we’re creating isn’t all that appealing, too often we’re not really all that interested in changing what we’re doing or how we’re living.  Sometimes we kind of like what we’re doing, even if it’s not all that ethical or wholesome or good.  Or we’re just not all that interested in engaging in all the changing that ‘change’ will demand of us.  But we certainly don’t like the way that our actions are carving this memorial of ours.  So we attempt to make our memorials look good even though we know that they’re really not all that good.  We try to paint them up and dress them up and do a little memorial “nip and tuck.”  We figure that we can do a bit of renovation and freshen them up a smidgen so they don’t end up looking all that bad.  We do some creative memorial “make-over” so that it all really looks rather good.

Yet, time has an interesting way of eroding lies and distortions.  Time is patient in scrubbing away the falsehoods and scouring away the fabrications.  Time will ultimately massage away the “nip and tuck,” and it will rub our memorials clean of any “make overs” despite how meticulously crafted they might have been.  In time, time itself will whittle down any memorial to what the memorial really is.  In time, time will reveal who we really were and the life that we really lived.  And that memorial, purged of fraudulence, cleansed of duplicities, and stripped of veneers will stand throughout time as a reliable testimony to who we really were.  And because that’s the case, we’d be terribly wise to build our memorials carefully simply because every time we do stuff, we add yet another fact to the memorial of our lives.

What Are You Building?

You’re building something, so you might want to think about what that is and how you’re doing it.  First, timeless memorials are crafted out of actions that are driven by a strong sense of ethics, morals and values.  Memorials crafted with these principles as an underlying foundation will stand the test of time regardless of how rigorous that test might be.

Second, timeless memories are built on the actions that we take on the behalf of others and not to the benefit of ourselves.  Memorials turned into self-glorifying monuments are certain to decay, and decay rapidly.  If it’s all about you and only about you, it’s not going to last.

Third, whatever we build, we need to build it to enrich those who will follow us.  We need to build these memorials from the raw material of consistently timeless values, ruggedly solid truths, and unwaveringly guiding principles that will provide both stirring inspiration and a sure map for generations to come.

And fourth, it’s really not about building a memorial at all.  It’s about living out a life of Godly integrity and unsullied Biblical core values because in the living out of these things, our memorials will naturally construct themselves quite nicely.  So, think about the memorial that you’re building, because you’re building one and it’s going to be around long after you’re not.

To forgive is to say that we will not allow someone else’s foolishness become our burden lest we become the fool.