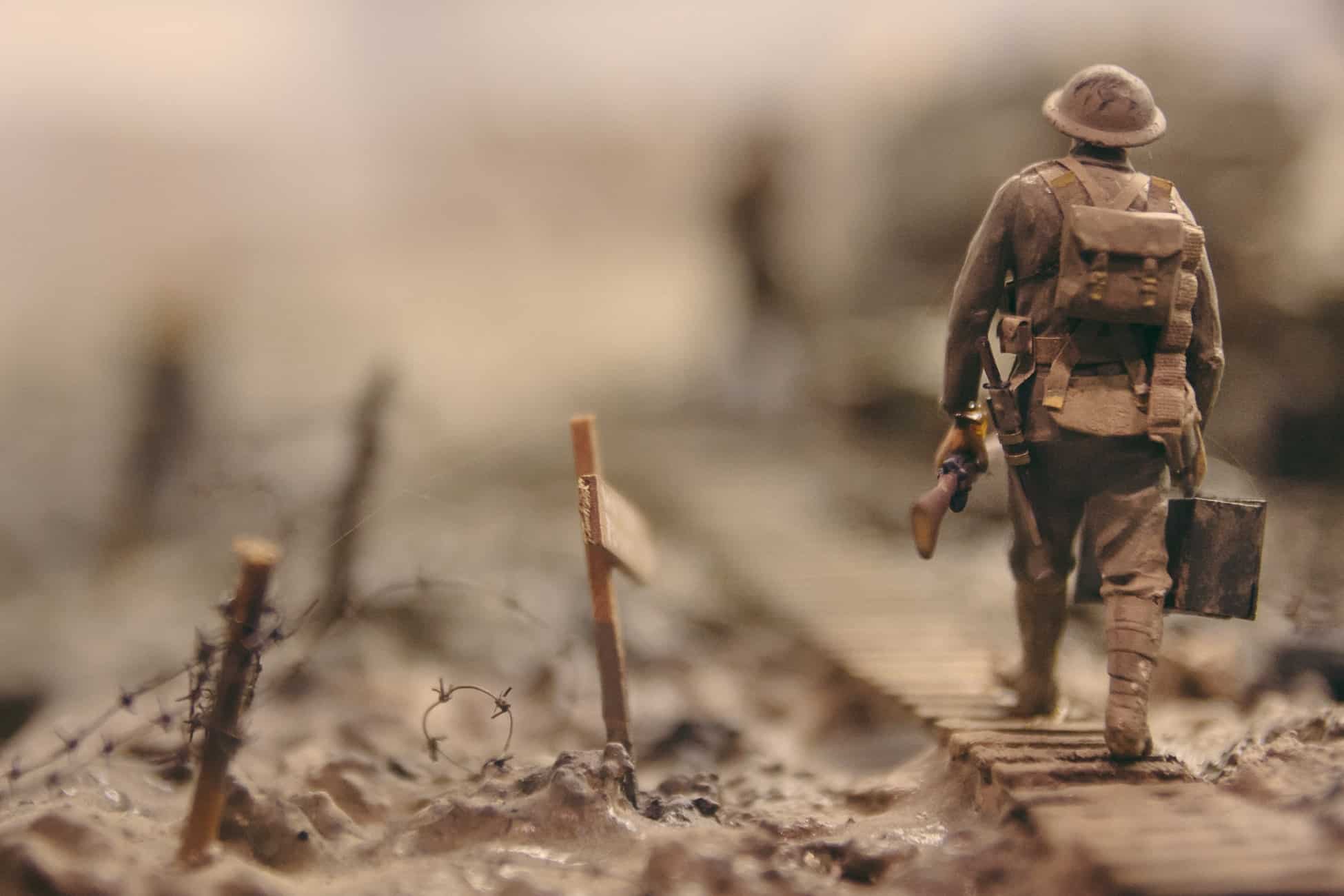 In my book, “The Eighth Page,’ the main character David has a unique encounter with a little girl who possesses insight beyond her years.  In one line, she states that men fight many battles.  Some are without.  Some are within.  Some are both.  But in it all, the basis for the battles are unnecessary.  They are driven by greed.  Fueled by prejudice.  Propelled by anger.  Encouraged by impatience.  And they are kept alive through things that will destroy us even if perchance we win the battle itself.  In one of the chapters, the little girl says:

“’Men will always be at battle,’ the little girl said with an uncanny maturity. With her stride unbroken, she continued ‘Whether that battle is on a battlefield like this one, or on the most difficult battlefield of the heart and mind. It really doesn’t matter all that much, men will battle.’”

We’re always fighting.  Always.  With others.  With ourselves.  With a neighbor.  With a boss.  With what’s going on in the culture.  With our conscience.  With our health.  Whatever it might be, we’re always fighting.  Living in this world will demand that we fight some battles.  A lot of them are really unnecessary.  And those are often the battles that we fight as an excuse for not fighting the real battles that we should really be fighting.  But we are a fighting bunch of people by nature.

But how often is the fighting really our fear?  How often do we fight because we’re prone to destroy something instead of understand it?  How often do we fight because we’d prefer to eliminate what challenges us instead of learn to live beside it and maybe allow it to enhance our own growth?  How many times do we fight for no other reason than to establish our dominance in the face of our insecurities?  How many times is our fighting an acknowledgement of our inability to understand what peace really is, and an all-out confession regarding our lack of ability to move a situation toward peace?  We’re always fighting, but I would wonder how often is fighting an avoidance of some solution or change that, maybe, is the very thing that we should be fighting for?

‘Rights’ are ‘privileges,’ and if I am arrogant enough to demand the former without respecting the latter I will lose both.