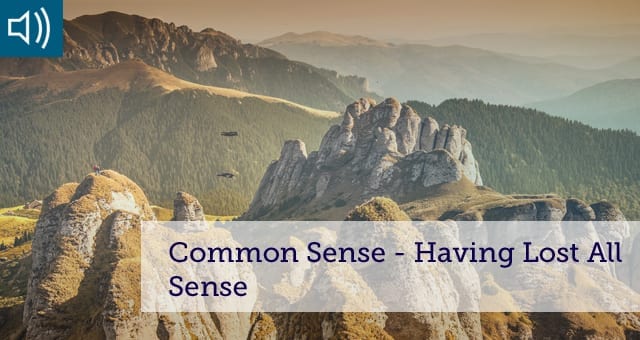 The rather fascinating thing about common sense is that it too often seems to be anything but common. And yet its absence appears unrelated to its availability. It would seem that common sense is in reality common in the just the way its name would imply. If so, then it should be readily accessible and commonly available to those who wish to avail themselves of it.

Yet despite its apparent availability, it’s too infrequently accessed. It’s likely that common sense may be found aversive because it intrudes upon our cherished agendas, or highlights the inherent embarrassing flaws in our plans, or is simply inordinately uncomfortable. This episode suggests that common sense would be uncommonly healthy despite whatever it might cost us or reveal about us.