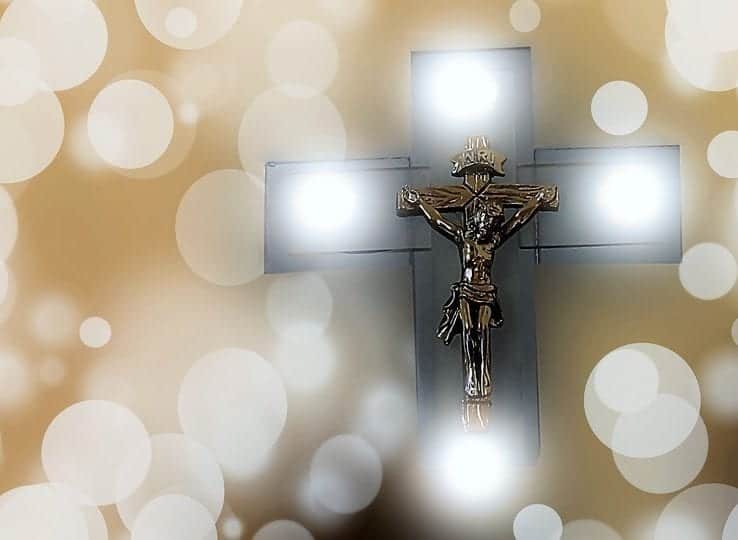 Christmas was an intentionally intentional decision of the most magnificent design.  It was a decision wrought from an angst borne of incomprehensible love, wholly tempered by an inconceivable and unsullied forgiveness, and it was relentlessly energized by a relentlessly infinite compassion.  It was the greatest, most intricate, most ingenious and most costly rescue mission in all of human history.

Oddly enough, it was devised to rescue mankind from a prison of mankind’s own making.  The brilliance of the strategy was that it would rescue mankind not for a moment, or for a day, or for even a lifetime . . . but for eternity itself.  It was designed to eradicate mankind’s self-imposed imprisonment forever.  The ingenuity of it all rested in a design that was built around and upon the very thing that destroyed mankind so that it would be the very instrument used to redeem it.  And do that, God came as a man; God on a direct collision course with mankind, invading mankind to restore mankind by using mankind to do the job.

The implementation of that design would have to be momentous beyond human imagination to capture mankind’s imagination, but strikingly simple enough to be penned into mankind’s imagination.  It would have to be sufficiently momentous to be big enough for the infinite to freely move within the storyline in order to find sufficient space to tell the grandest of all stories, and yet be tightly and rudimentarily scripted so that mankind could comprehend the narrative.

But to be momentous, it would have to be entirely devastating for the one carrying out the mission.  It would have to be the mission to end all missions, and that would demand the greatest of all costs which can be paid.  It would be a mission “to the death.”  Such is the price of redemption, such is the price of perfect sacrifice, and such is the insatiable passion of God for that which He seeks to rescue.  Christmas was an intentionally intentional decision of the greatest sort ever devised that would result in the greatest cost ever conceived; God would die.

What Christmas is Not

Christmas is not something that sprang from the musings of some person who creatively devised caricatures of elves, spiraling candy canes, visions of a magical city whose foundation was nestled in the far reaches of the North Pole, or embellishments of a kindly bishop spun by myth into a bearded old man in a red suit.  Christmas is not a story penned by a literary genius who spun a tale of three spirits who visited a miserly old man in the wee hours of the night in order to transform his heart.  Nor does it find its origins in tales of magical snowmen or other assorted stories designed to recapture something of wonder that appears to have been lost somewhere along the way.

The Origins of Mankind’s Christmas

Rather, Christmas was borne of the realization that mankind could not redeem itself from its own mistakes.  Those mistakes rose from the decision of mankind to seize the privilege of making their own decisions and crafting their existence as they pleased.  Christmas was a response of the choice of mankind to take its existence into its own hands and chart its own course, liberally scripting its own ethics, crafting its own moral system, and choosing to believe that it was the creator and therefore master of its fate.  Christmas is a response to mankind reeling off the pages of history and splattering the blood of lives and generations wasted along its free-wheeling course.

Christmas is a response to bring mankind back, to restore some original intent that could never be even remotely restored by any effort of mankind regardless of how grand or majestic any such effort might be.  It was the result of the reality that what God designed could not be replicated in even the most marginal of ways by mankind despite mankind’s delusions that he might be able to do so.  Christmas was God saving mankind from the folly of mankind’s grandiose sense of greatness.  Christmas was God being relentless to the point that He would die in that relentlessness.

What We Did With Christmas

We have turned this holiday into a tale of our own making.  We’ve made it colorful, with some hint of its original design peeking out in an occasional storyline or two.  We have authored thin and marginalized stories to replace the greatest story ever told.  We have made it our own story which in reality makes it no story at all.  We have usurped the greatest, most costly rescue mission ever devised in order to replace it with our shallow stories and colorful but empty myths.

We tell our stories, and in doing we reject the greatest story ever told.  We see the consequences of such choices all around us.  There is something of tragedy and a ‘comedy of eternal errors’ when we attempt to write great scripts of rescue when we are the ones in need of rescue.  There is something of immeasurable disappointment when we think that we’re actually able to write such stories and craft such missions of rescue.  And in the end, our stories fail and we deny their failure, instead attributing failure to something else so that we can keep on writing the stories of our lives and lead ourselves to believe that they can really rescue us.

The Christ of Christmas

It’s simple.  God reversed Himself and became a human, reversing Himself even further by becoming a newborn human.  He was born to an impoverished teenage couple in a backwater town called Bethlehem that sat completely off the map of importance.  He entered the world about as far from any kind of political or religious stage that He could find.  And the endgame of His birth, of this thing that we call “Christmas” was the fact that thirty-three years later He would die to pay an infinite price to have us restored to an infinitely loving God that we had ignorantly walked away from.

Christmas is God’s decisive response to man’s abject failure to redeem himself.   Shrewdly crafted political agendas, innately complex philosophies, man-made religions, governments and regimes of every sort, and all the endless volumes of man-manufactured wisdom and penned prose all completely failed to redeem mankind and make us better.  When the best of our efforts failed to redeem the worst of our behaviors, God declared enough as enough and a baby was born.

This Christmas remember that this is God’s ultimate triumph in light of man’s undeniable failure.  Christmas is the sole solution.  Christmas is man’s single hope.  It is God’s greatest gift.  Despite whatever it is that we try to make it, this is and always will be Christmas.

Destruction is the process of creating space for something that could not be created until that which occupied that space was removed. And if we cannot see past the carnage of the removal in order to see the possibilities in the space, what was destroyed truly was destroyed.