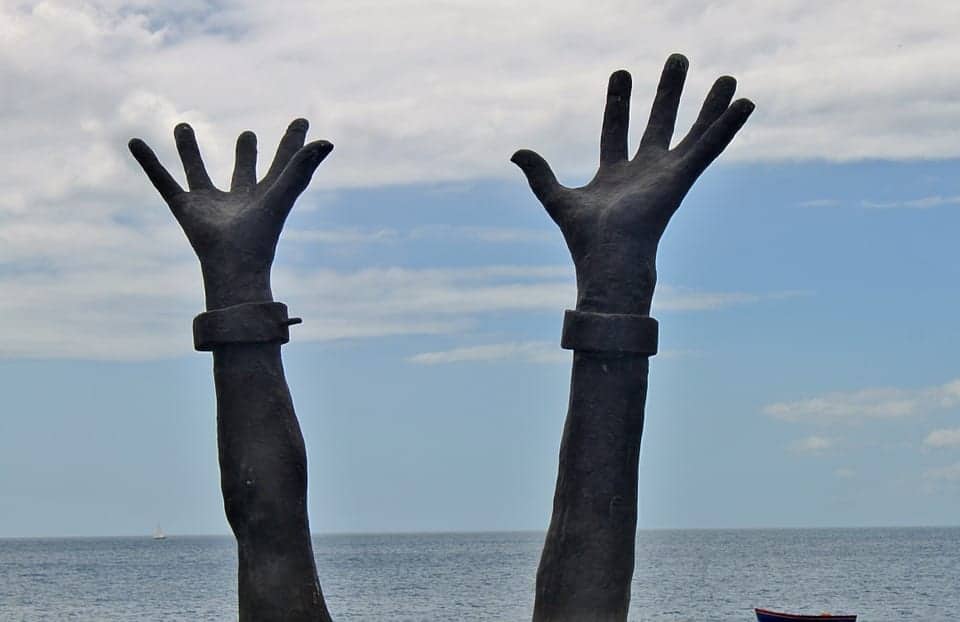 I’m backwards because I have tediously assessed the realities of the existence within which I am forced to operate, and I have concurrently determined the permanently fixed limitations that define my humanity as I live within that existence.  And based on the conclusions I have drawn in these two areas, I have done a rather splendid job of setting the parameters for my existence by configuring (to the best of my ability) what’s possible and what’s not.

In the end, this determination that I have made regarding that which is ‘possible’ verses that which is ’impossible’ is markedly canted toward the ‘impossible’, leaving me facing a life bereft of everything except a handful of the most limited ‘possibilities’.  Worse yet, this determination has come to comprehensively define all of life as I know it, leaving me nothing bigger than myself.  I have categorized the whole of life as falling within the limits that limit me, assuming these are limits for everything that exists, or ever will exist, or ever could exist.  And in that sense, I have dramatically drawn down life into some minute rubric that is but the slightest fraction of what life really is.  Indeed, I am backwards.

We reject God because He is not backwards.  He comes to us asking us to move forward, which we, by virtue of our shallow determinations about how life works, see as backwards.  And we stand there wondering why we would be asked to do something so utterly preposterous as moving backwards.  In fact, what God calls forward we call impossible, or improbable, or ridiculous, or naïve, or fanciful, or ignorant, or any number of other explanations that really do more to explain how backwards we really are.

History is littered with God’s reversals.  Leprosy was healed when the person should have been consumed by it and died.  Bodies of water were split in two when they should have been completely impassible.  Food to feed literal thousands was secured from nothing more than a few small fish and a handful of leftover loaves of bread.  Massive armies were evaporated without so much as a shot being fired.  Dead teenagers were raised to life instead of being dropped in a grave.  Paralytic limbs were straightened and people walked away when they should have crawled away.  That stuff is all backwards.

The Grand Reversal of Easter

Then there is the grand reversal of Easter.  It began with an execution reversed, whereby He who was innocent was brutally executed by those who were guilty.  It was an inhumane execution turned into ingenious sacrifice, whereby an end for one man turned into a beginning for all men.  It was a devout religious leader who should have cast his vote against this man, who instead carried this man’s body into his own tomb.  Three days later it was an empty tomb when it should have not have been, leaving a dead man walking which is a reversal of the most astounding sort.  It was a group of terrified disciples keeping their heads down while crawling back to their old lives, now standing directly in front of the man they watched lose His.  It was all backwards.

These were all uncategorically opposite of what should have been.  If we apply the realities of the existence within which each of us are forced to live, these things and so many more were and are completely backwards.  They were completely opposite of how it all should work.  They simply did not and do not fit into how we have conceptualized the realities of the existence within which we are forced to operate, and how we have concurrently determined the permanently fixed limitations that define our humanity.  They are backwards.

To fix this conundrum, might we say that to go forward we must indeed be willing to go backwards.  And I suppose the best way to do that is to switch the two of these in our minds by reversing our perception of how this existence actually operates.  And we cannot do that unless we include God, for God is the single and sole thing that reverses the limits of our humanity by quite literally obliterating those limits with His limitlessness.  Therefore, we must comprehensively trade who we are for what He is, and in the trading trade off everything of us in the exchange.

We must understand that it is not our limits that define our existence at all, although we have foolishly surrendered to that terribly myopic idea.  Rather, it is God’s power and nature that define it.  We must understand or at least accept the immense, radical and in many cases incomprehensible difference between who we are and who God is.  And out of that understanding we must willingly trade our limitations for God’s limitlessness.  Indeed, that alone will abruptly turn things around.

When we do that, backward becomes forward.  And when that happens we will have cut the chains that we’ve slapped on life, we will have blown out the boundaries that we thought defined us, the ‘possible’ verses that which is ’impossible’ now becomes wholly canted toward the ‘possible’, and the horizons that we had tightly fixed on our lives suddenly blow out to horizons that are horizon-less.

Standing in the gaping space now created, we suddenly start to understand that dreams are more than hopeful fantasies that our minds toy with, rather they become realities that life is changed with.  That a vision for something better can move from ‘nice idea’ to ‘transforming ideal’.  That hope is not some thin thing that is subject to the winds of fate, but it is crafted hard by the hands of God.  That the end of ourselves is where God begins.  That the fear of failure is slain cold by success already hot on the way.  That a looming mountain is nothing more than a road in disguise, and that the impossible is not an obstacle but an invitation.

All of this and more happens when we refuse to continue to go backwards.  All of this and more is the true forward.  This is the incessant and unrelenting message of God throughout history.  And it is a message hand delivered by God’s Son Jesus with potent impact at Easter.  It is a message for anyone who will hear it.  It is the single and sole message that can turn us from backward to forward.  Therefore, be assured that the direction of our lives and the outcome of our existence will hinge on what we do with this single message.  Oh yes, I am backwards, but no longer.  How about you?