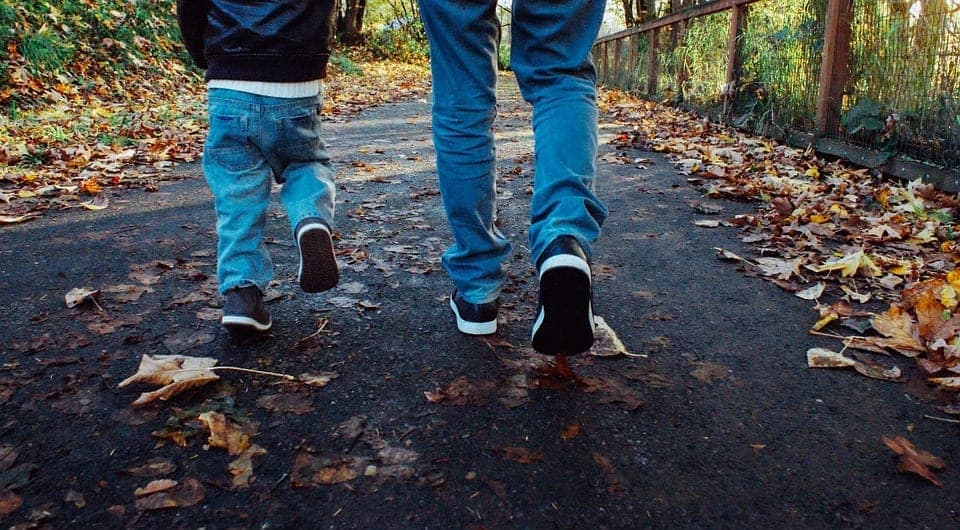 The definition of manhood has undergone a torturous number of questionable revisions.  Some of those revisions have been reflectively thoughtful.  However, most of them appear to have been largely thoughtless.  It seems that we’ve attempted to realign the definition of manhood in order to better align it with other definitions in our culture that have likewise come under the proverbial editorial knife.  We seem to live in a culture that’s bent on rather crassly redefining an entire array of foundational roles and principles and values in order to give them the altered appearance that they support questionable agendas.  It appears that we’re in a rampant rewrite mode where we’re frantically taking a thick red pen and editorializing anything that’s contrary to what we want life to be like.  And the definition of manhood seems to have fallen prey to these reckless revisions.

And so, befuddled by the revisions that have wreaked such havoc on our understanding of true manhood, we might want to step back and rather contritely reevaluate the true meaning of manhood.  In engaging such a monumental task, I believe that we would be wise to acknowledge that words fall achingly short in their ability to truly capture great things.  And I think that we would likewise be wise to acknowledge that even the finest wordsmith will recognize that no matter how ingeniously fashioned, words cannot grasp great things firmly enough to be able to adequately hold them out for all to clearly see.  And so, I propose a simple story.

My father exemplified manhood in ways both great and small.  He made his fair share of mistakes.  That made him human.  He always owned up to his mistakes and he always strove to learn from them.  That made him great.  Walking through the poverty of the Great Depression and the titanic struggles of a Second World War he knew fear, but he refused to court cowardice.  He stood by his word, his handshake was his bond, and he functioned with integrity even during those innumerable moments when no one was watching.  He was true to his word, unflinchingly committed to his wife, and willing to die for his children.  That was my Dad.

Yet, the most stunning and indescribably humbling example of his manhood happened in the waning sunset years of his life.  At eighty-four years of age, his wife of fifty years was passing away.  Mom lay in a hospice after a month long struggle that precariously placed her on the precipice of death.  Who we truly are is manifest in times of greatest pain and deepest crisis.  For my Dad, this was that moment.  True to the character that had always defined him, his manhood manifest itself yet again at that terribly painful and indescribably heart wrenching moment.  And in his actions, I saw the measure of a man.  In his actions as he stood beside my mother’s deathbed, I saw what God has called all men to be.  In the fading moment of Mom’s life, I was a man in a manner that words can’t hope to capture.  And so, I propose a story.

In my book on grief and loss entitled, “An Autumn’s Journey: Deep Growth in the Grief and Loss of Life’s Seasons,” I wrote about this monumental moment.  I share that story with you here so that in hearing this story you might grasp a bit of what true, authentic and God-endowed manhood is.  I also share it as a testimony to my Dad, who himself has since passed away.  May you see manhood marvelously manifest in Dad’s last moments with Mom, and may we begin to reclaim what has tragically been lost:

Processing Grief by Escorting Our Losses to the Next Place

“The call had come in the night.  Mom was passing.  Her heartbeat had softened and her breathing drifted ever shallower.  The final goodbye was racing toward us, framed and counted not in days or even hours, but in mere minutes.  Minutes remain the same length whether they are held against the span of years or minutes themselves.  Yet, when minutes are held against themselves, they seem so terribly brief.  Minutes were all that was left.

The assemblage of minutes would not be sufficient for us to arrive in time.  She would pass minutes before we stepped in the door.  However, Dad had spent the night, recognizing this to likely be the last of over fifty years of nights with his wife.

Kisses in the Escorting

His own humility would preclude his ever disclosing his actions during those final minutes as they slipped by draped in sullen shadows both in the room and in his heart.  The picture of Mom’s passing was painted by a nurse who found something special in this moment.  She had witnessed the passing of thousands, yet this turn of life unexpectedly pulled her heart tender and moved her to tears.  In her own emotion, she drew us aside and etched with deep words those last moments, handing us in those few seconds a picture most remarkable.

Peering into the room during those last minutes, she saw Dad’s hand laid on Mom’s chest; wanting desperately to feel the last few beats, hoping to carry away with him something of the last of her life to add to the bounty of what had been lived with her.  There was desperation borne of a heartfelt passion to grab even the slightest final thread to add one more facet to the massive tapestry woven over their fifty years together.  The nurse said that his eyes never left her . . . not for the briefest moment.  He gently kissed her on the forehead, over and over, loving her out of this life and into the next; sending with her the unmistakable message of his love and undying devotion.  Trembling hands pressed upon hers, he loved her and prayed her into the Kingdom.

He did nothing out of greed or loss.  There was no anger; no attention to the angst that ground his heart to parched powder.  Inside he was dying right along with her while being left alive in his own emotional death to face life without her.  There was no focus on any of these things.  Neither did he pay attention to the horrendous loss that was raining into his life as an emotional downpour of torrential proportions.  There was only the love of a simple man who escorted his wife into eternity in the finest, most unselfish manner that one can conceive; obediently handing her off to a God who was calling her home while temporarily leaving Dad here.

It was all beautifully selfless.  In the soft shadows, a husband released his wife with all the costs of doing so suffocating and simultaneously rocking a gentle heart.  Dad let it be so.  His total focus was on escorting a beloved wife to the edge of this life and allowing her to step over, leaving him on this side terribly alone.

He was graceful, selfless and undying in his commitment to her.  And in this grandest of all moments, I saw in my father the majesty of something eternal wrapped in the wonder of all that the human spirit is capable of.  In him I saw what the combination of a man surrendered to God could be and could do.  I watched him raise himself immeasurably above himself, take his wife by the hand and selflessly escort her out of this life into the next one.  Awe swept over me, humbling me and stunning me all at once.  Once she was fully escorted out of this life and his task was completed, he turned, bent over and cried.”

May we reclaim true manhood.  Not as a means of exerting control over another.  Not out of some sense of arrogance or false superiority.  Not to take license on our own behalf at the expense of others.  Not to bully others under the guise of leadership, nor ignore the feelings of others believing that we know what’s best for them.  None of these have anything to do with genuine manhood.

But, may we always own up to our mistakes and always strive to learn from them.  May we know fear, but may we always refuse to court cowardice.  May we stand by our word, may our handshake be our bond, and may we function with integrity even during those innumerable moments when no one is watching.  May we be true to our word, unflinchingly committed to our wives, and willing to die for our children.  And may we be able to escort others to wherever God is calling them to go even if the cost to us in doing so is unfathomable.  May we understand that all of these things and so many more are the true meaning of manhood.

At the very point that I’ve taken something for granted, I have at that same moment taken it to its grave. And if I look around, I realize I’ve cultivated quite a cemetery.