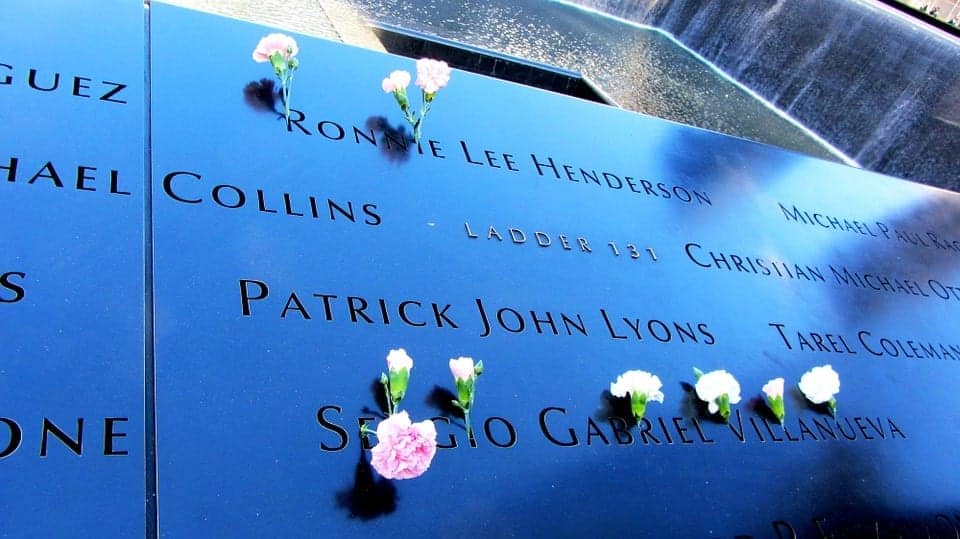 History has pivoted on ordinary people who when faced with extraordinary circumstances drew on some deeply submerged essence of their humanity and were, in those most harrowing of moments, transformed into extraordinary people.  There are those who held themselves of no accord who stood in harm’s way or entered the dangers of the fray and turned the tide of events that more than once turned the tide of history.  These people sought no glory and would of themselves admit that they would have wished themselves to some safer place.  But something about the unfolding horror that personifies crisis stripped their humanity of the plague of selfishness and incited them to abandon themselves to something other than themselves.

There are those common folk who unexpectedly found themselves in the center of some life crisis they did not create, fighting a battle they did not expect, finding no recourse but to assemble a courage from the bowels of the very fear that had always stalked them.  These people knew that they were not designed for this moment, but in fact it was their moment.  They realized that true courage and the purest heroism is not something that one finds, rather it is something that finds them.  And once it does, there is no alternative but to perform the task in front of oneself and hope that once it is completed the spotlight will turn to the one saved and not the one who did the saving.

These characteristics are the mark of true heroes.  And in fact, we have lost this understanding.  We have raised up those who have incessantly clamored for the spotlight and who have attempted great feats while sheltered by protective buffers of innumerable sorts.  We have played to the players.  We have fallen prey to the scripts of playwrights, the spins of political pundits, and the Botox of those who sought to reinvent themselves to popularity and power.  We have followed heroes crafted by media slight-of-hand and sprayed flawless by the airbrush of deception.  And I would contend that none of these are heroes, for heroes are not made.  Rather they arise.

At a time in our nation’s history when individuals of questionable repute brazenly market themselves as heroes, and when we have discarded content for pabulum and character for compromise we would be well advised to realize that we have been duped.  And in embracing such a realization, we would likewise be both advised and responsible to realize that we ourselves have wantonly participated in the deception.

Might I propose that one of the greatest yet most sacred honors we can bestow upon the events of 911 would be to give attention to the ordinary people who found themselves in extraordinary situations and performed feats unimaginable in the inferno of both flame and death.  Some of these walked away once the carnage subsided, being left to sort out the scourge of trauma that was to haunt them.  Others perished in the very carnage that they saved others from.  No one embarked from their homes that day expecting to be heroes or charting out the course of their day so that the opportunity might present itself.  But life ordained that circumstances would raise them up as heroes, as in the chaos and maelstrom born of terror they would lay themselves down.

For that is the beauty of a hero.  And that is the beauty which we witnessed over and over on that fateful day.  A true hero does not seek acclaim, but rather seeks anonymity.  A hero seeks the best for others because circumstances of such gravity do not permit that he or she have space or right to consider what might be best for himself or herself.  A hero will face fear because to face the specter of walking away from great need can do nothing other than break fear and birth courage.  A hero is labeled a hero, but they will not accept the title for they realize that the enormity of such a title is beyond anything they could ever truly be except that a situation itself raise them to that for a moment.  And these are the very things that represent the men and women who stepped up on that fateful day and did the impossible because there was no alternative but to do exactly that.

Might we take time to intimately reflect upon the heroes of 911 even though they would forgo the title and shy away from any such attention.  And as we do, may we raise up the real heroes all around us who repeatedly step in the gap quietly and without pretense.  The teacher who comes alongside a troubled student to grant hope to one who has none.  The mother who forgoes the dream of her own career in order to abandon herself to the dreams of her children.  The first responders who without hesitation walk into the very situations others run from.  The businessman who sacrifices a job because sacrificing his ethics is simply too implausible.  The victim of injustice who refuses to live as a victim or let injustice define them.  The person who feeds the homeless, coaches the team, becomes a father to the fatherless, who stands by their faith even when the scathing criticism of a culture bent on immorality pummels them bloodied and bruised.  The everyday man and woman who faces the looming specter of cancer, prays for their neighbors, wrestles with a handicap, fights an addiction, works a second job for a college-bound child, buries a father and cares for a mother.

These and so many more are our heroes.  And as we remember the heroes of 911 may we not be so crass as to embrace those who discard content for pabulum and character for compromise in their pursuit of self-proclaimed heroism.  Instead, might we honor the true heroes of 911, and in the same way may we celebrate those everyday heroes who live and work among us in ways that raise our world up when so many other forces would tear it down.  And I believe that recalling and reverencing all of this might very well be the best and most meaningful way to honor the men and women of 911.

‘Rights’ are ‘privileges,’ and if I am arrogant enough to demand the former without respecting the latter I will lose both.